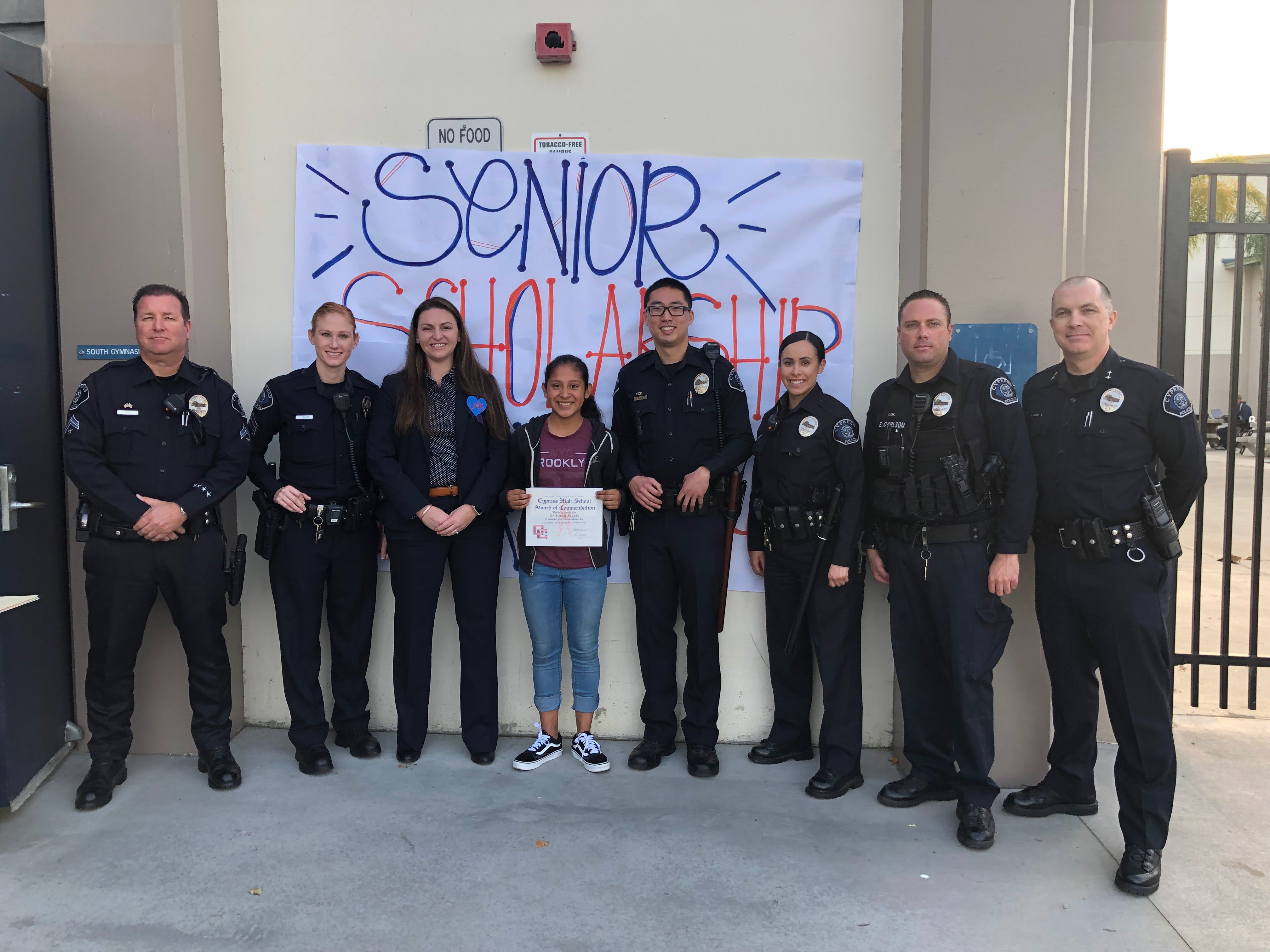 by David and Gloria Opstad

Brittany Rosete, a Cypress Explorer was awarded her scholarship at the Cypress High School awards night by District Attorney Investigator, Deanna Hartman and supported by several others from the Cypress Police Department.  Brittany’s desire to be of service to others and demonstration of her ability to be a mentor and leader contributed to her selection for this award. 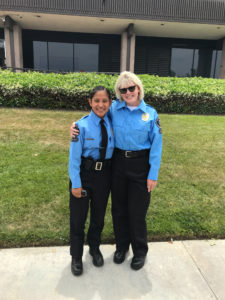 This week Aylin Alfaro was awarded her scholarship as well.  Aylin has been involved in the Long Beach Police Explorer program for several years but finds time to work a part time job coaching kids in an after school program, and several clubs and sports at school.  She is demonstrating leadership skills.  She was presented her scholarship by Gloria Opstad and her Explorer Advisor, Officer Sondra Ledesma. 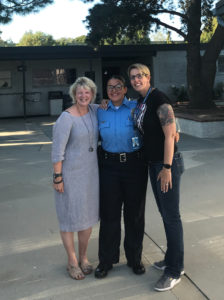 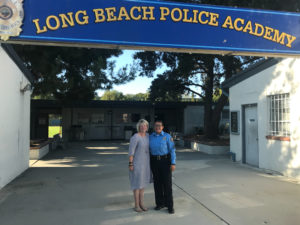 Congratulations to both Aylin and Brittany.