Matt was born in Long Beach, California on Nov 19, 1983. He was a happy, healthy, smart and lively ginger! Growing up in Los Alamitos, he played sports and was involved in scouts and church youth group. During his high school years he played volleyball along side his younger brother Rob. Being only 21 months apart they formed a close bond early on which continued into adulthood; in fact, Rob is a Tustin police Detective after following in his big brother’s footsteps! Matt attended UC Santa Cruz and played on the volleyball team, was an active member of Theta Chi, a service oriented fraternity, where he held the office of Secretary. Majoring in Legal Studies, he wanted a career that would allow him to make a difference. Matt started law school after college graduation but after a semester came to the conclusion that it wasn’t the right time; he wanted to “chase bad guys” instead!

In between his heartful work, he married, had 2 boys and earned his Master of Public Administration from Brandman University.

Matt loved the Police Explorers and they loved him! 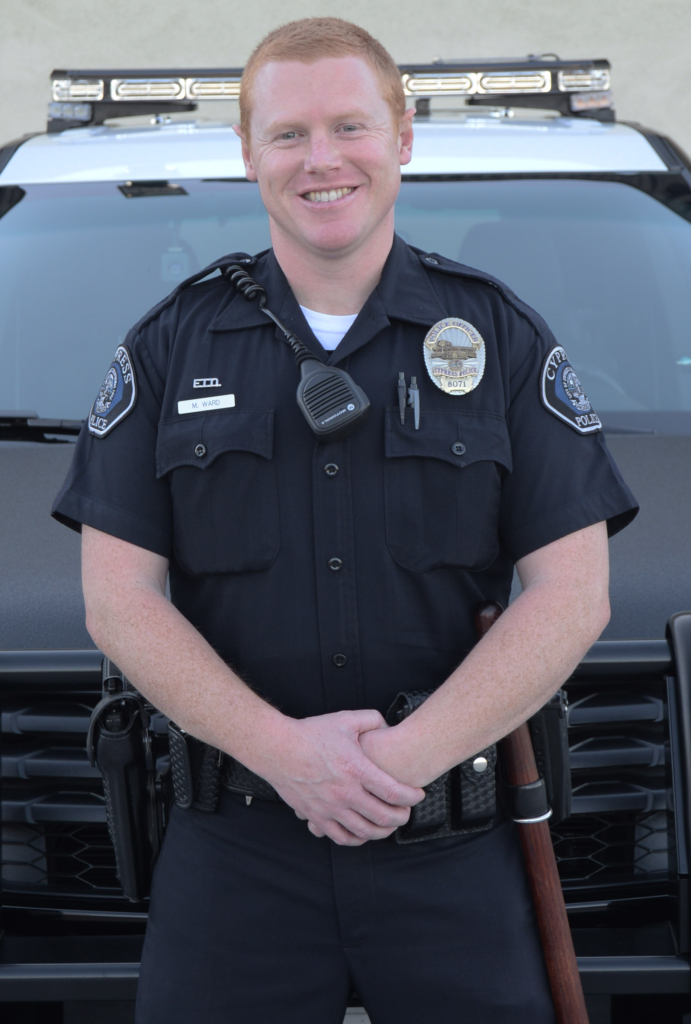